do you need to get 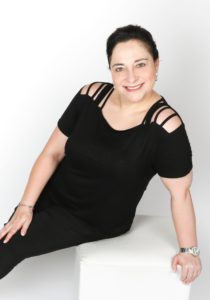 Are You Getting  divorced?

Award-winning accredited mediator, Chantal Kur of  Divorce Mediations offers some of the best and low-cost solutions for you.

With more than a decade of divorce & family mediation experience and a 99% success rate, Chantal prides herself with providing the best mediator services in the country.We provide Divorce, Post-Divorce and Family Mediation services that will help you and your family get through this difficult time.

All matters of divorce including: Division of Assets, Maintenance Agreements, and Parenting Plans (how each parent is going to exercise their respective responsibilities and rights in respect of minor children).

Got any other questions? Any other problems the parties may have regarding divorce may also be discussed and resolved.

We want to share with you the latest news in world financial and business spheres, so you could be always ready for economical changes!

Whether you are involved in a civil/religious marriage, customary union, a partnership, or separation, here at Divorce Mediation we’ve got you covered.

Got any questions? Any other problems the parties may have regarding divorce may also be discussed and resolved.

Be the first to get the latest news.

“making it better together”